Xi Jinping said, I paid a successful state visit to the UAE in July last year, during which we announced the establishment of China-UAE comprehensive strategic partnership. It opened a new chapter of shared progress between China and the UAE. Over the past year, the two sides have actively implemented the outcomes of the visit, and bilateral relations have maintained all-round and high-quality development.

Xi Jinping pointed out, in the era of globalization, win-win cooperation is the way for all countries to get along with each other, and self-isolation can only harm their own interests. China-UAE relations featuring ambitious goals, rich content and mutual benefit and reciprocity should be pursued generation after generation, and have set an example of strategic cooperation for countries from different regions, with different cultures and of various types. This year marks the 70th anniversary of the founding of the People's Republic of China, and the 35th anniversary of the establishment of diplomatic relationship between China and the UAE as well. It bears special significance of inheriting the past and ushering in the future. We will issue a joint statement on strengthening comprehensive strategic partnership between the People's Republic of China and the United Arab Emirates during your visit to China this time, which will be another important guideline document in the history of China-UAE relations. I am willing to work with you to continue steering the direction of China-UAE comprehensive strategic partnership with a clear sense of purpose under the current complicated and volatile circumstances, and to guide the partnership for constant and new results, in a bid to better benefit the two peoples. Xi Jinping stressed, China and the UAE should deepen political mutual trust and strategic communication. The Chinese side regards the UAE as an important strategic cooperative partner in the Middle East and supports the UAE side's efforts to safeguard its national sovereignty, security and development interests as well as its increasing role in regional and international affairs. The Chinese side stands ready to step up coordination and cooperation with the UAE side, firmly safeguard the international system with the United Nations as its core, the international order based on the international law as well as multilateralism, fairness and justice, and advance the building of a community with a shared future for mankind. The two sides need to accelerate the joint construction of the Belt and Road Initiative with high quality, strengthen the alignment of each other's development strategies, strive to achieve the goal of 200 billion US dollars of bilateral trade in 2030, finish the Khalifa Port Container Terminal II and the China-UAE Industrial Capacity Cooperation Demonstration Zone, and consolidate and expand long-term, stable and all-round strategic cooperation in energy sector. The two countries need to intensify people-to-people and cultural exchanges. The Chinese side supports the UAE in opening Chinese-language courses in its 200 schools. Both sides need to strengthen counter-terrorism and security cooperation. The Chinese side appreciates the UAE side's precious support on Xinjiang-related issues, and also firmly supports the UAE side's efforts to fight religious extremists.

Stressing the great significance of peace and stability in the Gulf region for the security and development of the Middle East as well as the whole world at large, Xi Jinping said the region should be an "oasis of security" rather than a new "source of turmoil". The Chinese side backs the UAE side's commitment to safeguarding peace and stability of the region, and calls on all sides concerned to stay calm and exercise restraints, refrain from opening a "Pandora's box", and resolve disputes and conflicts through dialogue and consultation on the basis of mutual respect. The Chinese side is willing to work with the UAE side as well as the international community to contribute to safeguarding peace and stability in the Gulf region.

Sheikh Mohamed bin Zayed Al Nahyan expressed his congratulations on the 70th anniversary of the founding of the People's Republic of China. The UAE side is optimistic about China's development prospects, and gives priority to deepening UAE-China comprehensive strategic partnership in its foreign policy. The UAE side will always be the best strategic cooperative partner of China no matter how the international situation changes. The UAE side will continue to strongly support the Chinese side on issues involving the Chinese side's core interests and major concerns. As the joint construction of the Belt and Road Initiative will contribute significantly to regional connectivity and world economic growth, the UAE side is willing to actively participate in the initiative, play a more prominent role in it and discuss with the Chinese side on cooperation in the third-party markets. The UAE side stands ready to expand investment in, energy supply for and trade volume with China, boost exchanges and cooperation in areas including finance, aviation, and people-to-people and cultural engagement, and support science and technology cooperation with Chinese companies. The UAE side does appreciate China's efforts to protect the rights and interests of ethnic minorities, and promote ethnic unity and harmony, and stands ready to enhance security cooperation with China and jointly fight against terrorist and extremist forces including the "East Turkestan" to safeguard national security and regional peace. The UAE side supports the great initiative of building a community with a shared future for mankind proposed by President Xi Jinping, appreciates the Chinese side's responsible policy in international affairs, especially in the Middle East and Gulf region, and welcomes the Chinese side's bigger role in maintaining peace and stability in the Middle East.

After the talks, the leaders of the two countries witnessed the exchange ceremony of a series of cooperation documents between the two sides.

Prior to the talks, Xi Jinping held a welcome ceremony for Sheikh Mohamed bin Zayed Al Nahyan at the square outside the East Gate of the Great Hall of the People. Yang Jiechi, Eligen Imibakhi, Wang Yi, He Lifeng, Su Hui and others were present. 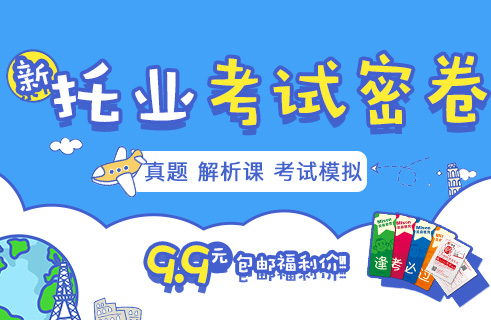